The clocks have changed and the air has a nip to it that seems to have settled in all of a sudden. The supermarkets have been selling mince pies for a few weeks now and the winter wardrobe is unpacked, exchanging the light summer fabrics for thick, warm garments.

It’s a Monday – our first shift at work after the start of Greenwich Mean Time.

We look out of the windows of the library at closing time, and note the darkness settling in outside. As we zip up our coats we begin to discuss our plans for our evenings. Thoughts turn to cosy evenings in, a good book and a blanket. Maybe a hot chocolate and a fire if the heating hasn’t switched on.

For many, it will soon be that time of year when we travel to work in darkness and leave in a similar sunless sky. So when it’s cold or dark and it’s difficult to get motivated to be outside, I turn to my favourite books to inspire and motivate me to get moving, encouraging me to take a lunchtime stroll or go for a bike ride. Once I’m out in the ‘real world’ I never regret it. The physical and mental benefits of walking, jogging, cycling, etc are well documented. But sometimes I just need a bit of a push to get me out there.

So I’m going to share with you some of the titles you’ll find in Warwickshire Libraries that have helped me come out of hibernation.

We’re surrounded by miles of canals in Warwickshire. A wondrous network of paths and waterways leading to other counties. Escapism from busy roads and car fumes and a passage to nature which has resolved to find a way, even in the busiest of cities. 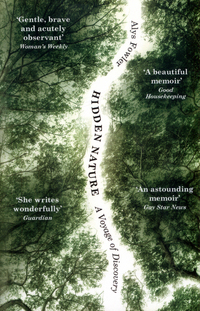 I love watching the herons fly along the paths willing me to follow them, the squirrels bravely jumping over head from one tree to another to cross the waterway and smiling at the drivers of boats waving as they pass. They are one of my favourite places to explore on foot or by bicycle. Plus some of the best pub lunches I’ve ever had have been in the garden of a country inn neighbouring a towpath.

I really enjoyed reading Alys’ perspective on the waterways of Birmingham. Her memoir describes how she took to the canals in her inflatable kayak and discovered unforeseen beauty, that the wild surrounds us, and a discovery about herself that changes her relationships. She describes the hidden treasures of a drained canal, and after reading this I loved to imagine what lurks beneath the water as I travel along the varied surfaced towpaths.

I started jogging a few years ago. As a kid I’d be the one at the back in cross-country. I’d berate our P.E teacher for enforcing what I thought felt was torturous sessions of exercise across unacceptably muddy fields in less than adequate clothing. I now do this out of choice for fun.

In between then and now, there was a life of indulgence, constant envy of runners who 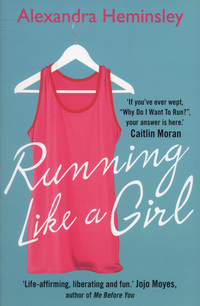 glided past our house and multiple attempts at following a couch to 5k programme. This was the first book I read about running and energised me to keep going.

Following a similar journey to Alexandra whilst reading the book, I felt the companionship I now get with my fellow running club members. Throughout the book I picked up a lot of tips, had a lot of laugh out loud moments and learnt just like Alexandra that ‘you run with your head as much as your legs.’ This isn’t just a book about running. It’s a witty, honest account of a journey into a different social network, a story of transformation and a battle with self belief. When it was tough to keep going, reading Alexandra’s story inspired me to keep going and battle those school day demons.

I’m in a book club, which probably isn’t much of surprise as I do work in a library after all. It is a bit of a niche club, though. I’m one of the 788 members of the ‘Runner’s Bookshelf’ club, and this is a recent book of the month. It was so universally well received I had to include it in my list. 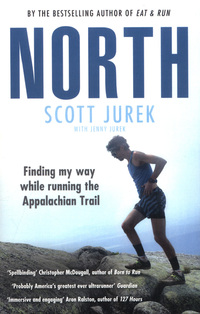 Scott Jurek is one of the world’s greatest ever ultra distance runners. This is his memoir of his record-breaking attempt at running the Appalachian trail in 2015. Like Scott, one of the things I really enjoy about running is the friendship and camaraderie that comes with being a member of a running community. Conversing with a group of diverse people who are brought together by a common hobby.

You don’t even need to be a runner to be part of this community. Volunteering at parkrun or races (often alongside non-runners) celebrating achievements and encouraging people to do their best is as fun as running them. Scott is well-known for being a friendly guy, staying at the finish line of races he’s won to cheer others over the line. Because of this, many strangers decided to join and support him along his route, sometimes to the detriment of his progress. Scott describes the different enthralling characters he meets along the way, whilst his wife Jenny contributes tales of less friendly encounters and what it’s like to live in a van and be part of the support crew for this 46 day, 2189 mile journey. Scott also talks about the physical difficulties and inspirational tactics he uses to overcome his fatigue and injuries. He’s obviously physically and mentally equipped for great physical achievements, but it’s the relationships he forms on his journey through America that really help get in him through. And some of his friends are really, really cool.

Running with the Kenyans: Discovering the secrets of the fastest people on earth by Adharanand Finn (Available as an audiobook)

There are times when it’s necessary to go for a walk or a run on your own. Often when 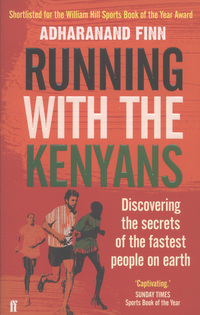 this happens I enjoy the ‘me’ time. Sometimes I’ll engage in some mindfulness movement and remember to check in with how the body feels. Other days I need a bit of distraction.

This is where audiobooks come in really handy. I listened to Running with the Kenyans for free through Warwickshire Libraries. In this book Adharanand Finn sets out to discover why the Kenyans are such a force to be reckoned with in the competitive running circuit. He travels with his family to live there and live and train alongside some of the world’s most successful athletes. This insightful book was about so much more than discovering their ‘training secrets’. He discovers a cultural background that enables and drives the motivation to be a winner. An insight into a way of life, this amusing story is delightfully easily to listen to. Be warned though, if you listen to this in public, people may want to know why you’re laughing out loud.

I don’t think I need to explain why these magazines encourage me to get moving! But I still find it pretty amazing that I can read these for free using my Warwickshire Libraries card.

Thinking on my feet by Kate Humble 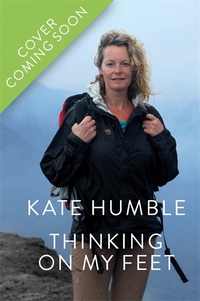 And finally, one read I’m looking forward to. The synopsis sounds like this is going to be perfect for warding off any shorter daylight slumps that may come this way this winter. A reminder of why we should get that foot out the door. The outdoors will then do the rest.

‘Thinking on My Feet’ tells the story of Kate’s walking year – shining a light on the benefits of this simple activity. Kate’s inspiring narrative not only records her walks (and runs) throughout a single year, but also charts her feelings and impressions throughout – capturing the perspectives that only a journey on foot allows – and shares the outcomes: a problem solved, a mood lifted, an idea or opportunity borne. As she explores the reasons why we walk – whether for creative energy, challenge and pleasure, or therapeutic benefits, Kate’s reflections and insights will encourage, motivate and spur readers into action. Also featured are Kate’s walks with others who have discovered the magical, soothing effect of putting one foot in front of the other.