Book Snobbery is kind of my biggest problem.

‘Ugh I hate crime and thrillers’ is something I utter to myself at least seven times a day, and not just in the work-week, on weekends too. I can’t wander around a Waterstones without giving Harlan Coben the side-eye or snorting with derision in Janet Evanovich’s direction. Take that! I think, as I tut resentfully at James Patterson’s frankly blatant disregard for the earth’s forests. Who honestly needs to write that many books? (And has anyone actually checked he’s not a robot yet because I have questions)

Get the concept? I hate crime, the slightest hint of a Roberta Kray has me blue in the face.

I won’t even debase myself to discuss that which I will never consider a genre worthy of attention – true crime. To me it’s shelves are but a blank void in my vision. A dark stain upon this humble institution of creativity and learning.

But what about Agatha Christie, Victoria? Don’t you collect antique copies of her crime classics? I hear you cry.

To that I say, Christie’s aren’t crime, they’re vintage classics which transcend the boundaries of regular genre classification. Now excuse me while I adjust my monocle and would you kindly stop interrupting me?

Now what was I saying. Crime and thriller is just not a genre I’d ever considered with anything more than a dull headache. 2017’s new year’s resolution however, was to read outside my box. I liked my box, it was a comfy box and I’d been there so long the cushions had done that bum moulding thing when you sit in one place for too long. I was safe in my reading box but I felt like a change. How could I do any better at my library-job, and as a librarian in waiting, if I drew the curtain against all the genres I hated, even when they were arguably the most well borrowed?

That’s when I decided if I was gonna do it, I was gonna do it right. My go-to reads tend to be the good ol’ British classics (you know the type, sad ladies crying on the moors in crinoline really gets me going), high fantasy (If there are dragons and a medieval-esque world, I’m definitely in the immediate vicinity), and the kind of weird high-brow literature you’re almost definitely required to own a top-hat to read. Basically, if it has won a Man Booker, I’m lurking somewhere close by.

So naturally, I dipped my toe into crime (the genre, of course, this is not an endorsement for murder) with what suited my tastes already, Agatha Christie. The Queen of Crime they call her, The Dame of Danger, (that one’s mine) the…well you get the gist. I read The Murder of Roger Ackroyd first for its excellent and twisty reputation and I was HOOKED. I now own over 30 Christies as what started out as just trying a new literary genre, became an earnest love for one of the greatest novelists of all time (and it’ll be handbags at dawn if you disagree) It’s a testament to her sheer talent that I stuck around to read more, nothing to do with the genre itself, or so I say to make myself feel better about breaking my most solemn vow.

Came for murder, stayed for Poirot. If you haven’t already, please read The Murder of Roger Ackroyd! If I had to choose how many stars out of 5 it deserves, I’d give it a solid 12.

But that’s not why we’re here is it? You’ve all gathered expectantly for my sophisticated and scathing review of Shutter Island by Dennis Lehane, well guess what dear readers? S’not gonna happen! Oh I love a twist don’t you? And that’s the perfect segway because a good twist is exactly why Shutter Island blew. my. tiny. mind.

*If I could do that wavy screen thing flashbacks have on 90’s TV I would, but until Microsoft Word catches up, you’ll have to settle for a paragraph break* 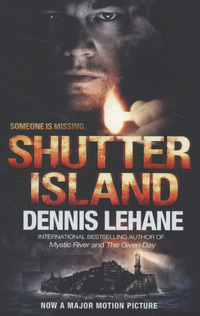 My boyfriend, a non-reader, or heathen if you will, has been eagerly recommending this book to me since we got together (2 years last week thanks for the well wishes) and I always tell him, if you’ve only watched the movie, get your filthy uncultured mits of that book, even if it is a crime ‘novel’. Lately I cracked though, I’m not entirely sure why other than I’d had a lot of fizzy drinks. I was stood in work, shaking like a nervous Chihuahua near the returns trolley when I spotted it and grabbed it on impulse.

(For the record, 5 Coca-Cola’s is too many Coca-Colas.)

I guess I also thought it would be an easy book to knock out over the weekend in between some others I’ve been meaning to read, and I could cross off the fact that I’d deigned to read such a monstrosity from my new year resolution. With this in mind, I started it the night I arrived at my ancestral seat in the Motherland (a semi-detached 4 bedroom wonder of artex and pebble-dash by the sea) and I didn’t sleep until well gone midnight.

From the off, the story grabs you, hooks you by your jaw and lures you in, in just the way I think Snape described best that one time when he said he could teach the students how to ‘bewitch the mind and ensnare the senses’ (incidentally, this is how 5 Coca-Colas affect me.) It’s less like a crime, more of a psychological thriller that has you satisfyingly puzzled and suspicious throughout every clever twist and turn it throws at you (and there are so many!)

Never too gruesome or overly court room drama-y, Shutter Island really doesn’t read like your typical crime novel, in fact much to Lehane’s credit, it is so much cleverer than that. The book makes you question everything and everyone from the startlingly quick beginning to the spectacular final blow the author deals right at the end. I don’t know about you, but I can’t enjoy a novel whos protagonist I can’t relate to and in this instance, you are right there, moving from scene to scene, mystery to mystery as U.S. Marshall Teddy Daniels, battling a hurricane and annoyingly unhelpful asylum staff in tracking down a missing patient. Lehane employs every tactic so that you are Teddy, you feel what it’s like to be him, stuck on that island without answers and with time ticking, and always looking over your shoulder.

I was so Teddy Daniels while reading, I could have lit a cigar and started speaking with a New England accent but honestly that might just be my own eccentricities.

My heart was racing all throughout my time reading Shutter Island, I audibly gasped several times, much to the annoyance of my sleeping terrier (apologies again, Rusty Boots) and I didn’t put it down until my lids were drooping with fatigue and I had cramp in my wrists from holding the hefty tome up. When I woke up, I picked it right back up again, it really is that good.

So, if you love twists, love psychological drama and don’t mind getting the occasional bout of the creepys, please please give Shutter Island a go because then, and only then will I allow you to watch the movie.

My favourite twisty books that made me go ‘WOAH I DID NOT SEE THAT COMING!’ – and you’ll be surprised to see a couple of Crime reads on here! 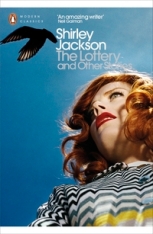 We Have Always Lived in the Castle – Shirley Jackson

The Girl with all the Gifts – M R Carey

2 thoughts on “A Review of Shutter Island (or, a Spoiler Free Guide to the book that surprised me out of my comfortable book snobbery)”