We have been shadowing the Women’s Prize for Fiction 2018

At our last meeting in Kenilworth library last Tuesday, we voted for the Warwickshire Winner.

It was thought too long and unwieldy. Well- written, and some of us liked going back to our student days, and first loves!  There is a marked difference in American conventions at the beginning of relationships, and this comes through in the book. There is also some exploration of language, and what it really means- do we really ever understand each other?  Not a popular one though.

Almost unanimously thought a fabulous book, with much depth. It depicts the eighteenth century in vivid detail, and is truly spell-binding. It has many layers, which might not all be revealed in a first reading. What extent do we have free will? Do we truly have freedom of choice? How does language restrict us? And do we really want what we wish for?  A wonderful book.

A somewhat self-indulgent work, depicting the author’s journey through a second pregnancy. It is a book interspersed with chunks of facts about x-rays, psychoanalysis, and the origins of modern surgery. So one could argue whether this is truly a work of fiction. A stream of consciousness syle, certainly not a popular one.

Meena Kandasamy     When I Hit You

This is a very disturbing and well-written account of abuse within a marriage. The fact that the reader is told at the beginning that the wife escapes from these horrors, makes it palatable and readable. The characters are strong, it is autobiographical, and will be bought, despite ( or because of) it’s subject matter. Our discussion expanded to types of abuse, physical and psychological, how abuse can build slowly, and how there is usually a belief that it will end.

A re-invention of the Antigone story, bringing it relevant to modern day life. It is well-written and is a page turner. The story of two sisters and a brother, getting caught up in terrorism and a life not wanted, with an ending which is inevitable. The way in which the brother is groomed, referencing his lost father, is extremely compelling. However, the ending was somewhat muddled, and the author appeared to have lost her way here.

Opinions were divided on this one, a book which, on the one hand, proved to be unreadable, and on the other, a page- turner. Although depressing, it was also uplifting, with the knowledge that the kids would survive, despite all the odds against them. It is a story of black America, in the wake of Hurricane Katrina, of drug addiction, of voodoo spirits, still living on in parts today. 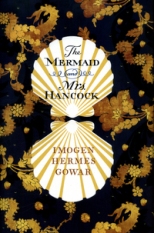 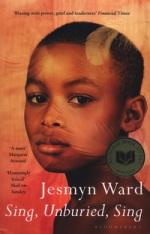 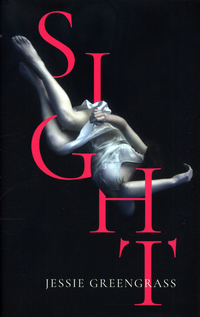 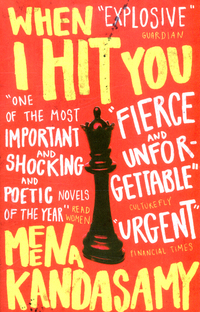 Our votes were as follows: ( 6 points for the best, then descending order)

So a close-run thing.

The Mermaid & Mrs Hancock  is Warwickshire’s choice for 2018 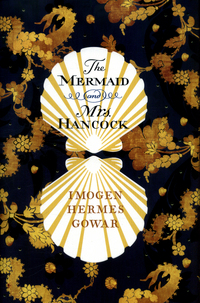 We all know now that the judges have picked Kamila Shamsie’s  Home Fire as the 2018 winner.  We loved this one too—and it should prove a popular read.

If you would like to join the shadowing group at any time, then please get in touch with me. I’d love to hear from you!

One thought on “Women’s Prize for Fiction 2018”