Here’s my update for March and April reads! I think I’ve done pretty well by hitting 40 books by May 1st.

Lullaby by Leila Slimani
I thought this one was pretty good, I liked how you knew what happened but not why until almost the end of the book. It’s a nice change from trying to figure out what the hell went on. Which is what I normally have to do.

The Immortal Life of Henrietta Lacks by Rebecca Skloot
This was a really gripping read, I didn’t want to put it down at all!
It was really interesting to read about both the biological science and the social implications with the family too.

Heart Shaped Box by Joe Hill
I’m going to have to read more of Joe Hill to see if I do actually like his writing or if it just reminds me of Stephen King. I found it quite an easy read, not particularly chilling, even quite funny in parts.

Tampa by Alissa Nutting
You know what I really quite enjoyed this one, I was chuckling to myself in the staff room a fair amount mainly out of disgust. I think this one is a pretty good little read, for someone who wants to say they’ve read something controversial.

Eleanor Oliphant is Completely Fine by Gail Honeyman
I found this one to be a bit of a surprise. I picked it up finally after it was announced on the long list for the Women’s Prize, I’ve seen it go in and out of the library so many times it must be good! It completely threw me as soon as it started hinting that something wasn’t quite right. I’d been expecting a pretty standard romance novel to be honest so it got me a bit.

How to Get the Most Out of CBT: A Client’s Guide by Windy Dryden
Not the most thrilling book I’ve read this year but I think it’s relieved some anxiety about going in to CBT in the first place.

Keep reading below as my list continues! Let me know in the comments what you have been reading this year. 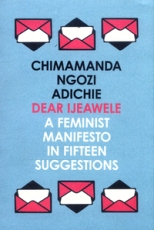 Life Hacks: Handy Tips to Make Life Easier by Dan Marshall
Some of these were actually pretty useful, the few I did already know made me feel slightly less suspicious about some of the ones that seemed unbelievable. I liked the author’s way of writing, the sarcasm made him more relateable and I loved the illustrations. A fun little book all round! Now that I’ve read it I think I’ll retain a fair amount of the hacks, at least the ones I thought were useful or quite clever, I’m keen to see if the apple and potato one works!

We Need to Talk About Kevin by Lionel Shriver
Another book I wish I’d read before seeing the film! After a slow start getting into it, I was completely gripped by the end. I wish the revelations at the end weren’t spoiled by me knowing what happened, if you haven’t experienced either the film or book, start with the book.

A Long Way to a Small, Angry Planet by Becky Chambers
I have to say right off the bat, I love how Chambers uses gender neutral pronouns, it’s everything I wanted Le Guin’s Left Hand of Darkness to be like when addressing gender, except done so much better. I loved how diverse the characters were, not only their species, but their morals and political stances, everyone was so well thought out, it was great to read them.

A Closed and Common Orbit by Becky Chambers
Not quite as good as the first one, but I think I just wanted to carry on with the characters from the first book, but I did end up getting very deeply involved with these new characters too. The plot wasn’t vast but enough happened to give the characters development.

The Memory Chamber by Holly Cave
It was okay, I liked the concept, the technology, the almost too familiar future. It did seem a tad bit predictable and the development of the characters just didn’t flow that naturally. The romance that happens doesn’t build at all, it just slams you in the face. It’s not awful but I’m not sure I’d rave about it.

Dear Ijeawele, or a Feminist Manifesto in Fifteen Suggestions by Chimamanda Ngozie Adichie
It made me smile. I love Adichie’s writing, I need to read more of her work. This one’s great for a quick feminist pick up.

When the Bees Buzzed Off! by Lula Bell
Super cute lift-flap informative story book about what would happen if the bees didn’t do what they do best. I wouldn’t normally include my regular reading of children’s picture books in my book count for the year, but this one needed a mention of it’s own. It’s great to see that bees are finally picking up interest in everyone.

The Vaccine Race by Meredith Wadman
I wish I hadn’t had such book block on this one because I think it’s a really interesting subject matter. I found the more biological side of it fascinating, but when it started going into more detail of the bureaucracy and lawsuits it started to lose me a bit. As much as I love knowing more about the people who made such huge leaps in medicine I just didn’t care about patents and making money and all of that squabbling.

The Passage by Justin Cronin
At 963 pages, I think this is the second longest book I’ve read so far this year after rereading ‘It’. I was recommended it via my boyfriend by one of his friends, possibly after hearing I was a King fan. I have to say it took me a fair amount of time to get properly into it, but by the last couple of hundred pages I was completely hooked. It was like a fast version of Game of Thrones, as soon as there’s more characters introduced you know someone or a lot of someones are going to die. Don’t get attached to them.

Bird Box by Josh Malerman
God talk about curiosity killing the cat! Great little book, incredibly hard to put down. I am absolutely dying to know more about these creatures, so well done Malerman, you did your job impeccably! I would 100% have not made it through the first year without having to peek. It’s terrifying, if you loved the movie ‘A Quiet Place’ you’ll love this!

Clean by Juno Dawson
It seems really really cliché but I guess clichés are clichés for a reason… or do I say ‘basic’ now? Hot blonde rich Russian girl with a heroin addiction, kidnapped and sent to rehab, hardly a unique idea but the diversity of characters makes things a lot more original and I think that this book could actually be important to a lot of teens. I think it’s important to show that rehab is not the end of the journey but a beginning and until you actually want help, help doesn’t work.

The Penelopiad by Margaret Atwood
Honestly I don’t think I know enough about Greek mythology to really appreciate the full story here but I knew enough names to get me through it. I love Atwood and I love history and classic stories being rewritten from a woman’s perspective –  I could have done without the verses, they just make my eyes unfocused with boredom but I thought it was a fabulous little book nonetheless.

The Twelve by Justin Cronin
After I was told this one wasn’t as good at The Passage I decided I then had to finish the trilogy, so this is the second book. It’s not bad but it’s certainly not as tense as the first. If you’re in the mood for some big thick horror books, give Cronin a chance.