You have all been busy filling in review forms for the books you have read in your groups. I am pleased to say most are positive, but one of the essentials of a good book for reading groups, is that it provokes thought and opinions and divisive ideas.

So here are some to get you thinking:

Owen Sheers  I Saw a Man 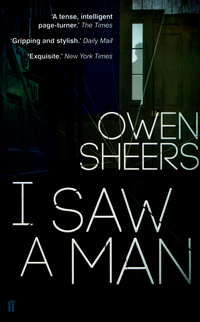 Two groups in Alcester have read this. Here is what they say:

“This is a writer I want to read again! A thoroughly gripping story which carried me along, wondering what was going to happen next.  All the characters were well drawn and believable. This was also a book which I feel would be equally enjoyed by male and female readers—not always the case.”

“The two deaths were shocking in their abruptness, ending not just two lives, but the death of trust and friendship. I found the “remote” death by drone uncomfortable. The whole episode of how drone strikes are operated from tens of thousands of miles away was an eye-opener.”

as Roger Waters once sang, “the safety of being out of range”…

“This novel is excellent for book groups and poses some tough questions”.

Diana from the same group agrees:

“I thought it was very original while also being topical and relevant. Some of it was painful, even shocking to read, including learning of the feelings of the US airman who had been operating the drone. I thought it was very well-written and I would certainly be interested in reading something else by him.”

The Oaks group were not so keen:

“The book wasn’t particularly well-received. It was well written, but padded out. The incident at the heart of the story didn’t materialise until almost three quarters into the book.”

“The story lines concerning the characters involved had great potential but then petered out. However, this did lead into the group discussion, bringing up a variety of observations.”

Guinevere Glasford   The Words in my Hand

This is one of our new books, and was short-listed for the Costa First Novel Award 2016. It is the re-imagined story of Helena Jans, the lover of Rene Descartes, and is set in seventeenth century Amsterdam.

“This generated a very good discussion. Our sympathies were with Helena and we thought Descartes a very self-centred man. We also agreed that women’s place in the world does not seem to have greatly progressed. An excellent novel; the descriptions of Amsterdam and Holland were greatly enjoyed.”

Here is what Scholar’s Court in Stratford thought about this:

“This is a bulky collection of 30 stories published between 1977 and 2007. As such, it presents a bit of a challenge for a book group,we didn’t expect every member to be able to read every story in the limited time available. We agreed that everyone would try to read the first and last stories, and then dip into the rest as well as they could, this approach actually gave us enough common ground to generate a good discussion.”

“The stories are very varied. We got the impression that Jane Gardam had used the form to experiment with different styles of writing and a wide range of subject matter.”

“Overall, we were impressed with the quality of the writing. She is adept at quickly and unobtrusively introducing everything the reader needs to know (characters, relationships, context, setting) She shows a deft touch with language, especially to evoke a landscape or illuminate a character. We enjoyed her many dry, witty touches, and she’s very good at poignancy. Some of us particularly appreciated her occasional surprise endings, the twist-in-the-tale.” 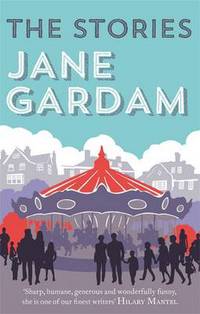 “Across the collection, some common themes emerged- expatriate life, social comedy in confined communities, loneliness, fantasy and magical realism. But we struggled to see the point of some stories. She can explore a mystery without offering an explanation for it. She sometimes juxtaposes odd characters in unexpected settings. Some readers thought she was, on occasion, judgemental about her characters-rather than letting readers judge for themselves.”

“On the whole, the group enjoyed the opportunity to explore a different form of writing, though most people didn’t see themselves as fans of the short story, As one person put it –  I’m always left wanting more”

Lastly, a book which Stratford and Coleshill Library groups considered to be excellent:

“Very thought-provoking, excellent discussion. Everyone enjoyed reading the book. Difficult to categorise and obviously well-researched. Some group members found that the use of photographs made the story seem more real”.

“Beautifully written, all members of the group would recommend this book.” 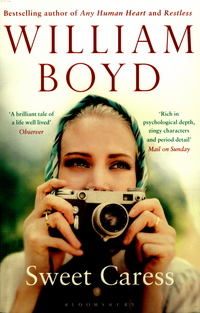 On this note, I do hope you enjoy your reads this month, and I look forward to hearing what you think of them, especially our new titles. Please do keep emailing me your reviews.